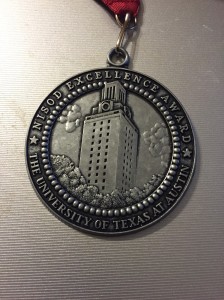 You have to understand I consider myself the Forest Gumpess of my Midwestern city. I say this because of the critical intersections of my life with the leaders of the city that, even though they are unknown to the vast majority, were still part of major movements at the time. I worked with a Congress on Racial Equality leader, an early civil rights attorney, a police community relations trailblazer acknowledged by the White House, conferenced with two mayors and the director of municipal corrections. Helped another social services leader get her community projects off the ground before she was nominated to the President’s Council on Volunteers. After the riots, organized mediation between the business owners and the residents, helped parents lobby for changes at the largest high school, organized fundamental changes in the way the school board was elected, and garnered community members for boards of Model Cities, urban renewal, and other governmental programs. I worked on the model for Habitat for Humanity before it was Habitat and helped another trailblazer push fair housing before it was the law. I worked with the human relations commissions of both cities and helped integrate a neighborhood. I kept a lookout over the property where a prominent leader built his cultural center while I worked at City Hall so I could notify him of any Planning and Zoning potential threats to the property.

The problem with all this is that this seems irrelevant now. I believed many ideals that school and church indoctrinated me with – I believed that my good ideas would bring me honor, that if I did good for people, I would be admired and that if I worked for the community good I would be rewarded. I expected as a faithful wife to receive the same love and dedication I was giving. None of these things have happened. I am glad I was part of promoting a better city, but I also would be glad if someone thought it was important.

I have two advanced degrees, 30 years of experience and no status. I do not have investments, a second vacation home or my name on any plaque. Unlike Forrest, I did not make a lucky although totally uninformed investment in Apple and did not garner financial independence and security nor a movie deal.

In short, none of the myths they taught me are true. My advanced education did not earn me more than a construction worker with a high school diploma. My years as a faithful wife and mother have not provided me with security and my years of community service have not earned me a picture in the paper. Obviously I missed something major along the way.

It is said that growing up means taking the world as it is rather than as you would have it to be. Also I think the Serenity Prayer says something to the same effect. So at this point you may be saying, “Well, that wasn’t why you were supposed to be doing it.” Ok, but that wasn’t a guarantee I wouldn’t get it either, was it? To be good, does it have to be unsung? I don’t think so. Am I on a pity pot? Certainly sounds like it. I believe what I have done is worthwhile, but no one else seems to. Actually I think I am just being influenced by a society that says unless you are in the media you aren’t important. So, can I have just a small movie deal, anyway? I want Glenn Close to play me.

2 thoughts on “Did My Agent Call?”

This site uses Akismet to reduce spam. Learn how your comment data is processed.